Mumbai is witness to an incredibly complex real estate market, being active and dynamic to the point that by the time one grasps a trend, it has already evolved to the next level. The sector has undergone steady transformation while moving towards more streamlined and transparent functioning, especially due to the consolidation of smaller players coming together alongside larger players.

This fiscal year commenced with renewed socio-economic objectives, spearheaded by the government in an attempt to improve market conditions’, the real estate industry has demonstrated its readiness to take up the challenge.

2016 proved to be a landmark year with demonetisation taking centre stage thereby bringing in consolidation in the sector. It not only changed the way consumers engage with developers today, but also demonstrated its strengths in bringing more transparency in transactions.

As buyers become more aware, and have access to real-time information, there has been a definite shift in lowered information asymmetry. This shift has made buyers more confident in the investments they make in the sector leading to the industry becoming more streamlined and organised.

Alongside demonetisation, GST, RERA, and REITS have all made waves in 2017. Post their implementation, the industry has moved beyond the stereotype of it being an area of malpractice and at par with its counterparts in the developed world with more streamlined processes and faster turnaround times. It has also brought in transparency into the system. The hub of real estate, Mumbai saw land parcels being priced better through these regulations.

The budget 2017 -18 also gave the industry the added impetus to resolve liquidity issues that the industry has been facing, in addition to coming as a breather to those holding inventory. GST, especially, lowered the tax burden potentially resulting in lowered construction costs.

The industry is not the same as before, and neither are its customers. Buyers today have a multitude of options to choose from before purchasing a land or buying a house. It is not only imperative that we differentiate, but also enjoy a level of trust to become successful, with initiatives that assure buyers of our commitment towards them. Government initiatives such as RERA & REITS ensure customers peace of mind, and invests them in the project on a more personal level.

Move to the Suburbs

Mumbai continues to grow, and the city is a micro-market in itself. A major change we have seen in the industry is the shift in area preferences among buyers. While South Mumbai still holds its charm, more and more buyers, especially homebuyers, are moving north and we are seeing preference for suburbs such as Mulund or Thane.

As demand increases and square centimeters decrease, for the first time these suburbs have become a viable option. Infrastructure, once a chronic pain point in these areas, has also significantly improved. The growth of the real estate market directly corresponds with the improvement in infrastructure and these developments have brought outlying areas into the fold.

For buyers, it also helps that these destinations offer options catering to all segments and budgets, without cutting back on amenities. Developers have to factor in aspects such as scale and profitability while bearing in mind the needs and aspirations of the consumer.

As measures in get augmented, the sector will witness a healthy growth resulting in increased demand in the coming years. 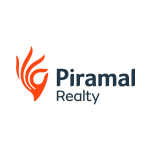 Team Piramal Realty
Founded in 2012, Piramal Realty, the real estate development arm of Piramal Group is one of India's leading developers with 17 mn sq. ft of residential and commercial under development in and around Mumbai. In 2015, Warburg Pincus and Goldman Sachs two of the world's most respected private equity investors invested $235 million dollars for a minority stake in the company. Piramal Realty aims to be the gold standard in design, quality, safety and customer centricity in both residential and commercial real estate. Piramal Realty's developments, while being cutting edge and contemporary, focus on embracing a more intuitive definition of luxury, which celebrates nature, greenery, space, light, ventilation, art, culture and community living.

Investing in a home has always been... Read More

Buying a home is a meaningful investment and involves the financial planning of a lifetime for an average mid-income household. A wise decision is... Read More
Author : Team Piramal Realty
May 24 .

Why should homebuying be a priority investment for consumers

These challenging times have made us realize the importance of owning a home when &#8216;Stay at Home&#8217; and staying safe seem to be the mantr... Read More
Author : Team Piramal Realty
May 17 .

The demand for luxury housing in India is on the rise and attracts high-net-worth individuals, investors, NRIs and most of the aspirational urban... Read More
Author : Team Piramal Realty
May 5 .

How to avoid these common mistakes made by first-time homebuyers

Buying your first home comes with many big decisions and can be stressful. Between the euphoria of buying a property and the stress of its financi... Read More
Author : Team Piramal Realty
April 28 .

With the announcement by the Government of Maharashtra to transform the Read More
Author : Team Piramal Realty
April 14 .

Why Gudi Padwa is an Auspicious Time to Buy Home

Gudi Padwa celebrates the first day of the traditional new year for the Maharashtrian community &amp; is considered to an auspicious day. It is ce... Read More
Author : Team Piramal Realty
​