It has been two years for deployment of the Real Estate Regulatory Authority (RERA) and it has made an amicable change in the sector. Before the act came into existence, there were several roadblocks like – delayed hearings, delayed house possession, and unfavorable sales agreement clauses, to name a few especially with the unorganized developers. With RERA buyers can easily approach the authority and get quicker decisions.

With the introduction of RERA, investor confidence in Indian real estate improved because of policy reforms, which led to greater transparency and accountability. The sector, which was otherwise reeling through a rough phase, is now witnessing a long-term reform-driven growth. Investors and lenders are looking at India as a lucrative market especially with the rollout of both RERA and GST, which in turn has helped to revive consumer faith in the real estate sector. These reforms will certainly transform the face of real estate in India. RERA implementation will give a fillip to India’s GDP in the coming years.

In the last two years, RERA has helped in augmenting long-term growth by attracting increased foreign and local investments. According to the World Bank’s Ease of Doing Business Index, India has significantly improved its global ranking for dealing with construction permits from 182nd to 52nd in a span of four years which was supported by a steady decline in days required and processes required for such permits. This can be further improved by closing some of these last mile gaps in implementation of RERA. All of these improvements have led to a boost in homebuyer sentiments. RERA also safeguards homebuyers by letting them check a real estate project, residential or commercial, before they actually buy it. Thanks to an increased transparency, people can take a right buying decision today.

Since the inception of the real estate regulatory regime, the overall impact on the real estate sector has been positive and has helped the sector to register a structured growth. In the coming days, a refined and efficient execution of RERA across the country would promote an unbiased transaction between the buyer, developer and financier by fostering high levels of transparency and trust amongst each other. 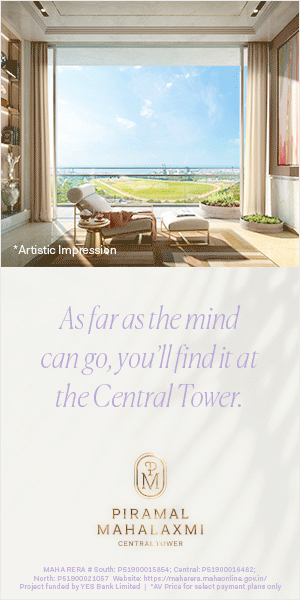 Mumbai is witness to an incredibly complex real estate market, being active and dynamic to the point that by the time one grasps a trend, it has a... Read More
Author : Gaurav Sawhney
September 8 .

With the recent government reforms that aim to promote transparency and accountability, the Indian real estate industry is at the threshold of acc... Read More
Author : Aditya Adyar
September 8 .

10 things to check before buying a home

Many of us have grown up with the dream of building or buying our very own dream home. But as it is one of the largest investments one can make, i... Read More
Author : Reshmi Panicker
September 8 .

Practical Luxury is the New Norm

The definition of ‘Luxury’ in Indian real estate is witnessing a major shift- from once translating into a brand’s ‘product offering’ to now being... Read More
Author : Gaurav Sawhney
September 8 .

In an age, where corporates are competing to hire the best talent, boosting employer brand value has become critical. ‘Integration’ being the key... Read More
Author : Aditya Adyar
September 8 .

By 2020, India is expected to become the youngest nation in the world, with an average age of 29, thus emphasizing the massive role of its millenn... Read More
Author : Gaurav Sawhney
July 14 .